(from the series of "Big" dreams)

This Dream felt like a very big dream to the dreamer. I present it as a kind of quiz. The quiz question is: "Is it a big dream or not?"

The dreamer is the same dreamer who had "Big" Dream 3 in our series.

In this dream he also stands on a hill overlooking the ocean, but, first, he is to the left of this scene, down on the ground. He is watching a group of men arm or disarm a nuclear device that is in a cardboard box whose sides are folded out onto the ground. The box has a square center on which sits the device, and the four sides are on the ground, and, from above, the whole looks like a perfect square. The device does not explode, but it could. He seems to find that he is in a coral watching this and a very wild and crazed horse is let in, and his job is to calm and tame it. It seems doable. It is now that he shifts with an older woman (deceased) onto the hill overlooking the ocean. They are about ten miles from the ocean. Where he had just been is down near the ocean and to the left of them. He and the older woman notice a dome-like nuclear power plant in the ocean to their right. The woman says her husband (also deceased) is at the plant, and that she wants the dreamer to help her son who is with the father. The dreamer realizes he could use some help from the father also but doesn't say this. The two watch the ocean and realize a slim line horizontal to the shore that is moving towards the shore is actually a tidal wave. The two watch as the wave hits shore and covers everything in its path as it moves towards them. They wonder if they will be hit, but they are high enough, and, when it hits the hill on which they stand, all that happens is that they are hit by a lot of foam and spray. The dreamer feels safe but begins to worry about his father who is, he remembers, in an U.S. Army camp down near the beach, in front of where they are standing, and he worries about then starts worrying about his wife who has been near the beach but to the left of the dreamer. The scene shifts, and the dreamer is in the ocean, snorkeling or scuba diving among dangerous sharks. He is with a friend, and they both have spear guns and are shooting the sharks, one by one. He has a feeling of success and power and that he is powerful enough to ward off the danger.

Undoubtedly this dream was very important for the dreamer. I have changed a few minor details to mask the dreamer's identity, but I can say that he was at a clearly determinative moment in his life and under a great deal of pressure to make correct decisions. He felt a strong feeling of responsibility to others in his situation and yet felt at the mercy of actions of others that were beyond his control.

The dream reflects the feeling the dreamer had that some deep and important was going on at the time of the dream. The dreamer was feeling a great deal of anger, and this is clearly reflected in the dream in two images of nuclear energy (a bomb and a power plant), in an angry horse, in an army base, and in the sharks. The tidal wave correctly mirrors the feeling of the dreamer that he is in danger of being overwhelmed and of being "carried away" by his irrational anger. The "crazed" quality of the horse mirrors his own crazed feeling.

All of these images along with those of the ocean and of the old man and the old woman (increased by the fact that they are both dead) fit the definition of what Jung called archetypes, and this may lead the reader to assume that the dream is a big dream. No doubt the dream was powerful to the dreamer and had significance at this important point in his life and, indirectly in the life of his family (hence the wife and father who are both in danger), however, this does not mean that the dream had any meaning for anyone but himself and immediate family. In spite of the universal, archetypal nature of the imagery, this is not a "big" dream by our definition where a big dream has to be important for many people, not just the dreamer and his or her immediate acquaintances.

It might turn out that this is a big dream, but it might not. If there were a major tidal wave in reality near the spot in which the dream took place some time in the future, we might think the dream was not only pre-cognitive but also "big" in that it predicted the fate of a number of people. Short of something like this, we have to say that the dream was big for the dreamer but not for anyone else.

This highlights, for those interested in such matters, an important feature of archetypes and archetypal dreams: Archetypes are universals in some sense (see the link above to the article on "archetypes"), but they arise in individuals. Undoubtedly they connect individuals to something more universal and general than his or hers particular self and can help the person understand him (or her) self better and his (or her) relation to others. But, just because we feel something is very very important, of the highest power and significance, it really doesn't mean that what is going on has any significance for anyone else. The burden is ours. "Important to me" does not equate with "important." What is important for the ant usually means nothing except, maybe, to the ants right around him. 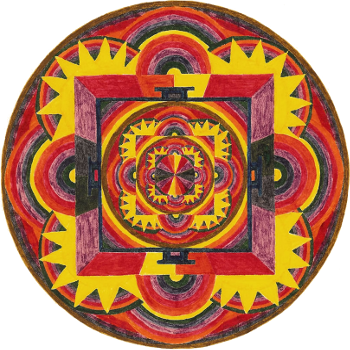